September 29, 2015
"It's too bad more women don't speak up or come forward when they are assaulted."

I hear it time and again.  People think that if more women spoke out against their assailants that the environment would change and everyone would be more compassionate towards the victims.  Sadly, I know first hand why women choose to not only stay quiet initially, but permanently as well.  It is the exact reason I chose to stay quiet about my assault and now that its out in the open, my worst fears have manifested all over news and social media.

Victims are publicly crucified when they come out.  They not only suffer emotional and sometimes physical trauma from the assault itself, but once they come forward, they are raked over the proverbial coals by people they have never met, some whom they have met once or twice, and sometimes even their closest "friends."  People take a personal stance against the victim and call them names, accuse them of ulterior motives, post slanderous essays, and some even seem to make a full time job of searching for any and every kernel of dirt on the victim so as to make it appear as if they are 1) lying about the assault 2) deserve what they got or 3) are only after money.  The names I have been called, the things that have been said about me could only be compared to the most vile of mud slinging that occurs during a nasty political campaign.

Think about it.  If you suffered the most emotional trauma of your life and then read things that attempt to destroy your character, how would that make you feel?  If you witnessed this happening to someone else, would you come forward and risk your psyche against a firing line of people who want to rip you apart, even though they have zero first hand knowledge of the incident itself?  No, you wouldn't.  And so many, many, MANY women choose to remain quiet and endure a lifetime of internal emotional pain in favor of a painful second assault through public slander.

My assailant happens to be a public figure, so there is that aspect to take into account.  Yes, it has been publicized in the press in general so it does open up the door to those with time on their hands and an uneducated opinion that they feel they must share with the world.  Even without the public circus, I have had so many women confide in me their own attacks where they have been terrified of coming forward about the abuse they suffered at the hands of a relative, coworker, neighbor or stranger.  They know that they will be torn apart, shamed, blamed and  told it was their fault.  And that's just in the private sector.  No one wants to believe that Uncle Charlie, or the Teacher of the Year, or the sweet guy with the dogs across the hall could possibly do something as heinous as sexual assault.  So you MUST be lying.  Or going for money.  Or need attention.  Or anything anyone wants to make up about you while the assailant is deified and held up as a victim him or herself for being accused of such a terrible crime.

But why didn't you call the police?  Victims of sexual assault don't always feel that a "crime" was committed.  Why not?  Well, think about all I just pointed out above.  After the initial shock, pain, humiliation of the attack, they are then told it was their fault.  This is the only crime where people blame the victims.  They are engulfed in feelings of shame (the most common, recurrent emotion expressed by every survivor I have talked to ), guilt (what did I do to deserve this?) and a disbelief that this person could have done what they just did.  Reconciling within ourselves that a crime was committed and reporting it takes even more strength and courage than it takes to react proactively to an assault.  In many cases, including mine, had we had that kind of confidence, self worth and strength to begin with, we would not have a story to tell about being assaulted.  The assault also removes any remaining shred of dignity, self-assessed value, and courage we may have had left and we go forward, one step at a time, hoping we can somehow make it day to day without breaking.

It takes guts to stand up and speak out against sexual assault.  The assailant ripped that from us.  Its a catch 22. We are shamed and blamed for not reporting the crime, yet when we finally find the strength to do so, we are shamed and blamed for it happening in the first place.  The persecution is brutal.  Every last person I have talked with who is a survivor knows exactly what I am talking about.

Anyone seeing a pattern here?

It really isn't as simple as non-survivors want to believe it is.  Sexual assault is a complex crime that creates wounds and scars that are invisible, the incidents rarely happen in plain view with witnesses, and the burden of proof weighs so heavily on the one whose own view of themselves is that of damaged goods, unworthiness and incredible shame that something as intimate as a sexual encounter occurred without their express consent.  It is a crime that most of us believe that if we just stay silent, no one will know and we don't have to face the persecution of the public court of opinion.  We believe that no one can force it out of us and if we work hard at carrying out our day to day living, that it will just fade into a distant, painful memory.

Unfortunately, the pain never fades, the memory never blurs, the wounds never heal.  Seeking therapy is what some of us ultimately do when the trauma affects every aspect of our life and we can no longer function, pretending all is ok.  A part of our psychological wellness is permanently altered.  Sometimes, like in my circumstances, the assault is ripped out into the open by those who are aware of it and believe they are doing a good thing by bringing it out in the open.  The wounds reopen, the pain surfaces and the trauma is renewed as if it just happened.

And the hurtful, painful, horrendous, egregious attacks begin.  We not only are forced to relive the assault, but now we are assaulted by people we don't even know, who have zero knowledge of the incident, very few, if any, facts surrounding the assault and yet seem to have all the answers as to why we deserved the assault or are lying through our teeth about it.

I live my life believing the human race is inherently good, but this experience has shaken me to my core.  Even with that disruption of faith, I pray for the people who are dedicating themselves so passionately to destroying my character, since I know they have never been assaulted.  They can't have been.  Only a survivor knows.  I do pray that they never have to learn what survivors know because that knowledge comes at an enormous price.

My mission now is to help bring awareness about the effects of sexual assault.  No one reaction is typical.  If you are a survivor, please explore the links below to learn more about assault.  This may help you learn that you are not alone, that your reactions are normal, regardless of how anyone thinks you "should" have reacted.  If you aren't a survivor, please read so that you may begin to understand and develop compassion for survivors.

16 Impacts of Sexual Assault - Read the Victim Impact Statement by the victim.  It is so eerily familiar to me.  I read it through tears as I sit in the corner at Starbucks alone.
https://16impacts.wordpress.com/

Please.  Before you judge, attempt to see the world through my pain.  You may just find that compassion isn't so hard to feel.


Popular posts from this blog

May 26, 2019
It's been two years since I found myself facing huge life changes that were completely out of the blue, unexpected and caused me to challenge every belief I held. Nothing was as it appeared, the truth was a complete lie and everything I found security and safety in, wasn't real.  Every moment of every day was a struggle to find my purpose to merely breathe for nearly a year.
I struggled that first year and quite honestly, I don't remember most of it.  I was in a fog and just went through the motions of day to day existence.  How could I have not known? How did I fall for the outright lies?  Wasn't there SOMETHING that I missed?
Looking back, yes, there was.  I missed a lot.  I refused to follow my instincts, my intuition and I was terrified of losing what I thought I had if I dared question or confront my suspicions.  Here I was, thinking I was a strong woman who stood up for herself, yet I was too afraid of making waves or being perceived as distrustful.  My only stre…
Read more 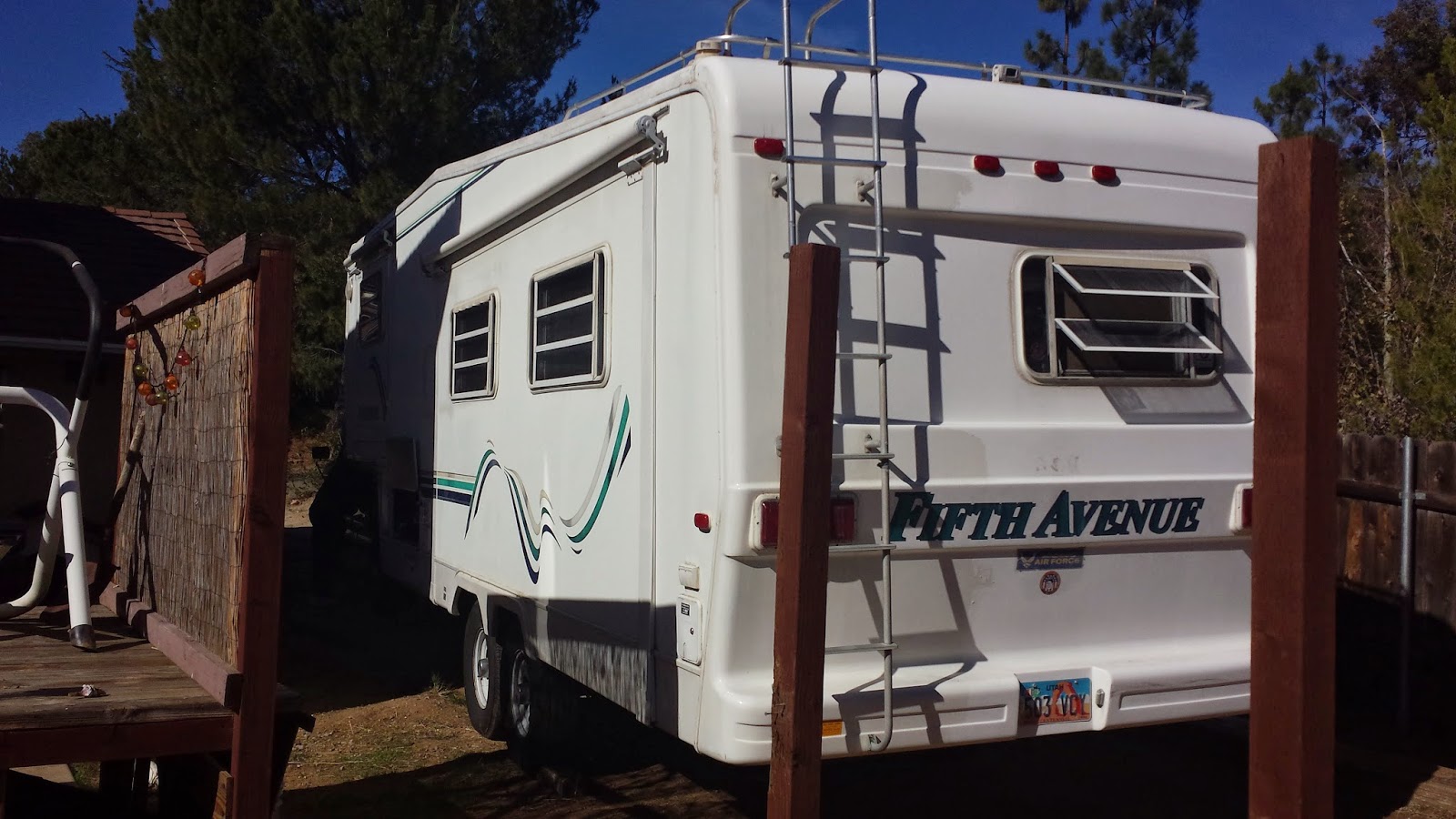 It was sometime during 2013 that I knew I was headed for my third divorce.  Yes, third.  My first marriage was a quick one back in the early 90's, my second produced my three darling children and my third was, well, a solution to survival as a single mom of three young kids.  It served its purpose for both of us at the time, but it was time to go our separate ways after trying every avenue possible to save our marriage, our finances and our friendships.  All three were lost.

It was an enormous emotional struggle for me as I saw people I called friends take sides and no longer associate with me.  We had a very public divorce since we both were so very active in our community with volunteering and in business.  It was hard on both of us.

When he moved out almost a year ago, we were very behind on our mortgage and the utilities.  I had a job, but no clue how I was going to bring everything up to date by myself, nor how my income could possibly keep the bills paid each month.  The str…
Read more